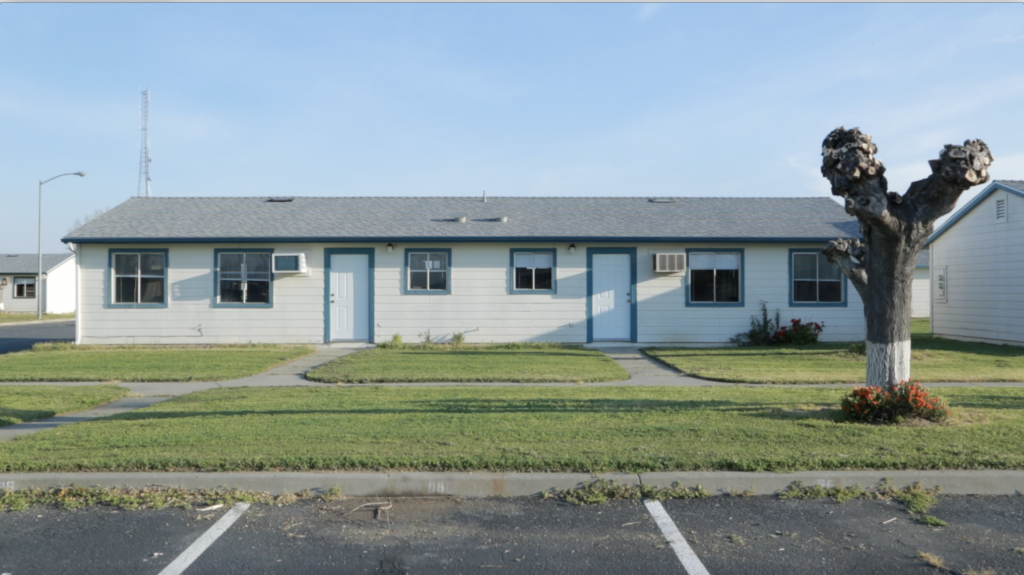 I’m currently in post-production with this film, working with the outstanding editing team at the Wexner Center for the Arts Film / Video Studio Center. We’re aiming for winter 2020 release.

This is a film about belonging and citizenship. It asks what it means to belong, who belonging is permitted to, and how people negotiate the systems and situations that draw boundaries around their sense of belonging. Where are their resiliencies and resistances?

First constructed in 1965 on the heels of the Bracero program, California’s Migrant Family Housing Centers were designed to serve those who traveled yearly from Mexico to the United States for agricultural work. Today, 24 such Centers are scattered across the 450 miles of Central Valley land on which are grown 2/3 of the nation’s fruits and vegetables. Operated by the Office of Migrant Services (OMS), a program of the State’s Department of Housing and Community Development, each Center is a gated apartment complex of two- three- and four-bedroom apartments that provides temporary, subsidized housing to families who work this land every year.

But in order to be able to access this affordable housing option, families must remain migratory. When the harvest season ends in late fall or early winter, the centers close for residence. At that point, families are required by state regulations to vacate their apartments and live “outside a 50-mile radius of the centers for at least 3 months” during the off-season in order to be eligible to move back into the centers the following year.

In the Artesi II housing center where Ser y Estar takes place, the centers are open for residence for nine months each year, from March 15 through December 15. This means that by December 15, families must pack up all their belongings and move to a location at least 50 miles away for a period of at least three months. A short-term lease in a nearby town on a farmworking salary is a difficult find in California’s housing shortage. Most families choose a more feasible though no more convenient alternative; they retire their belongings to storage, park their cars in a friend’s lot, pull their children out of school, and return to Mexico for the off-season. The 100 families living in the Artesi II Migrant Family Housing Center in French Camp hail largely from Michoacán and return there each year. Though the Centers were originally intended to house migratory families only temporarily, may of the families living in Artesi II have been repeating this same cycle for years, if not generations.