The Making of “How to Tell A True Immigrant Story” 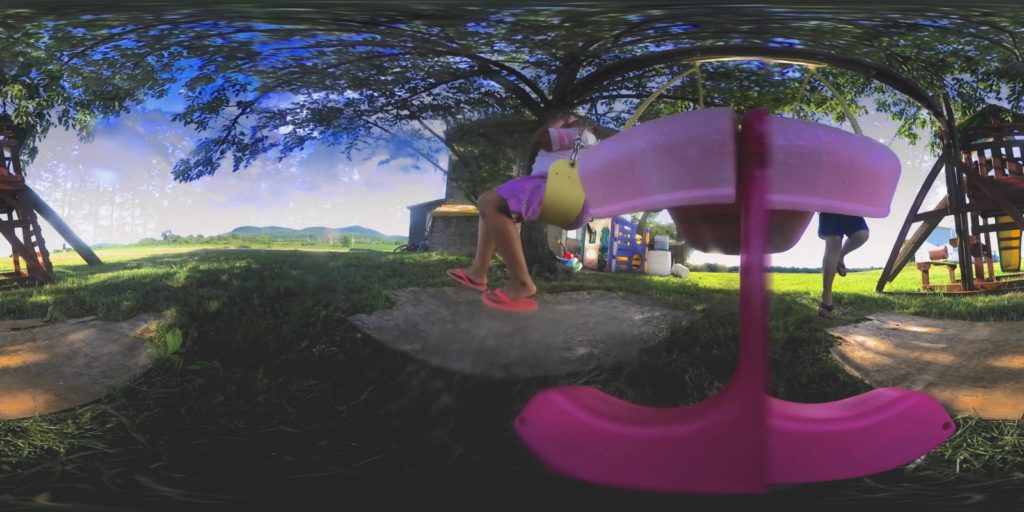 “There is no them. There is only us.”

Saratoga Springs, according to long-time busker and city dweller Thomas Nosal, is a magical, mysterious, bubbling spring of activity. People travel from miles away to luxuriate in a Saratoga summer with its lush greens and its mineral springs and its thoroughbred, racing horses.

“Yeah, it’s good here,” says Cristina (name changed). “But it’s also dangerous.” Cristina works a farm on the outskirts of town. She’s been there about 17 years, happily. But in the last two years, she’s felt afraid to leave her house. “We can’t just pick up and go to the cinema, to the beach, to the store,” she says. “Because of the immigration authorities. You never know where they’re gonna be.”

These are the voices of two very different Saratogas — one that twirls in red-and-white gingham, and another more labyrinthine, a series of walls obscuring safe passage.

Saratoga Springs and surrounding communities are predominately white and affluent while its workforce is mostly communities of color who are not originally from the U.S. These two constituencies are geographically sequestered — those who emigrate annually on H2B visas to work the horses, for example, live at the stables where the horses themselves are housed — as well as segregated by an unabashed racial hierarchy. Over the last year, Saratoga County has been a hotbed of ICE activity. The town is so racially homogenous that from restaurants to parked cars and ice cream shops, anyone who is not of the white, upper-middle class elite is an obvious target for profiling, for questioning and paper-checking.

In the summer of 2016, while an artist-in-residence at the Skidmore College MDOCS Storytellers Institute, I began an ongoing, co-creative documentary engagement with a community of artists and organizers who like myself, are immigrants to the United States.

This year, responding to increased ICE activity, racial profiling, and xenophobia across Saratoga County after the 2016 election, our collaborative partnered with the Saratoga County Economic Opportunity Council and the Skidmore MDOCS Documentary Studies Collaborative to participate in Brookline Interactive Group (BIG’s) first-ever national cohort, “Immigration in Full Frame.” This project brings together filmmakers, activists, and media arts organizations from around the country to produce a collection of 360-degree shorts that document an array of experiences pertaining to immigration in the United States.

We believed that 360 as a medium might uniquely create space for authentic encounters between two communities who are entwined, but who know each other only from a distance. We also believed that such contact is essential for fostering critical, compassionate dialogue about the issues urgently facing immigrant communities in Saratoga and beyond.

To begin, we held listening sessions with Saratoga County residents who work in agriculture and horseracing and who are labeled, if only implicitly, as “immigrant other.” We asked the routine documentary questions: How long have you been here? Why did you come? What do you do for work?

I myself have been asked these questions in countless immigration interviews, sitting next to my tireless mother as she fought for nearly two decades to secure our permission to live and work here in the United States. I know the feeling of coming from somewhere else and being reminded of it, made to answer for it. How then were our questions offering something different from the immigration interview space if central to both is: “Who are you and why are you here?”

Certainly the context of the documentary interview intends to be more generous than the boundary-erecting immigration interview. But as Trinh T. Minh-ha writes, the knowledge-making face of documentary works to “make accessible” those who are seen as alien. “Without their [documentary] benefactors,” Minh-ha writes, such communities are “bound to remain non-admitted, non-incorporated.” Here, the language of documentary is adjacent to customs control, both seeking admissions, incorporation; both reducing a full personhood to the sum of its borders crossed.

With its panopticon eye, 360 video can, if unchecked, reinforce some of documentary’s most damaging inclinations, its tendency toward what Godmilow describes as the “titillation of difference.” At the same time, with every shot pre-visualized, pre-planned, and directed, 360 is dressed in its own constructedness, calling our attention to the act of looking. The viewer is both invited and implicated. As such, it can be a space for deconstructing discourse, for interrogating realism, as well as for privileging experience over exposition.

Inspired by artist Nicky Tavares’ experiments with collage in the VR space, we shifted our 360 project away from the expository documentary toward a performative tapestry of felt experience sewn together in critical analysis.Through a combination of emotion, abstraction, and texture, we hoped to quiet the categorizing mind and leverage the sensory dislocations of 360 video to impel viewers’ bodies upon the gears of incorporation. The poetic as radical.

To begin, we returned to our interview recordings and wrote a script adapting or borrowing lines directly from community members. But in this script, rather than seek to convey “immigrant” data, we sought shared visions, collective voice, poetry.

We fashioned the piece as a metanarrative that could implicate documentary’s unintentional slippages toward the dehumanizing and instead illuminate the lives of complex, multi-dimensional, and creative people who have traversed rivers and skyways and the rugged hills of being.

The structure of the piece became an interrogation room in which the nature of the interrogation is left intentionally ambiguous. It could be either a customs interview or a documentary one. In this room, a (non-actor) member of the community is met with questions drawn from the greatest hits of doc interviews. And while each question begins as something information-gathering, it launches the scene into a more meditative contemplation.

In the Freirian tradition of “carrying out transformation with the people affected by oppressive systems, rather than for them,” we worked with community members throughout the process.

Most of the participants were students in this year’s Estamos Aquí (We’re Here) photography workshop — a space for Saratoga Springs’ Latinx immigrants to document and share their experiences of living and working in the area. Given the overlaps in people and goals between Estamos Aquí and the 360 video, conversations about the 360 video project would organically surface in the workshop. In these conversations, we could offer context, answer questions, schedule interviews, hear ideas and leads, and foster a climate of participation and collective visioning. In this workshop and outside of it, community members helped rewrite lines, performed in the film, helped produce particular scenes, and offered their spaces and stories to enrich the immersive potential of the piece.

The narration for the film, like the film and the process of its making, aims to be a tapestry of voices and experiences. The voice-over narration, for example, is interwoven with verse written by Roga ’74, a poet, artist, organizer, and dear friend of this collaboration. And every conversation with community members was something that might inform or infuse the script. Speaking casually with the son of a photography workshop participant, he told us that his Spanish name meets with a plethora of reinterpretations in the U.S. “People call me by different names,” he told us. Arresting in its intersections with identity, power, and incorporation, this statement became one of the foundational lines of the film’s contemplative narration. The line is narrated, in fact, by the same young man who first spoke it to us.

Upon completion — a finishing process which will include design collaborations with artists Nile Livingston and Adam Tinkle — we have plans to share the film widely. Our first audience (among the many audiences with whom we wish to share this piece) are the community members themselves who courageously shared their stories with us, even if anonymously. Not only do we want to make sure that the community members approve of our choices (given the risks of exposure), we also believe that the project is first and foremost for them. The project existed as a deeply meaningful process before it was ever product, and film is in this way an archive, an illustration of what transpired among us. Watching it together can be an opportunity to reflect on our process, discover new “revolutionary wisdom,” and dream next steps, including ways to share the film and possibilities for future collaborations.

But the film is also an intentionally structured, reflective statement meant to intervene in local, regional, and even national discourse. 360 video also offers opportunity to experience one’s self and one’s space anew, a perceptual reshuffling which can expand how Saratoga Springs sees itself while also asking all of us to think about ways our own practices might reinforce othering. We plan to work with our partners in Saratoga to plan exhibitions that bring together diverse (and even distanced) constituencies to experience the piece, discuss its implications, and plant seeds for a more inclusive sense of collective identity and shared outcomes. We will work in a similar fashion with our national partners and collaborators including BIG, New Media Advocacy Project, and Groundswell to share the film and its process widely.

I don’t mean in this reflection to enshrine a series of “best practices” for 360 video. Every project calls for different approaches, different formal concerns. What I do hope can resonate here is the notion that our methods matter. If our methods towards justice reify the exact social relations that uphold the structures we wish to change, we are no step closer to liberation. This film, I hope, is less about “immigrants” and more about the ways we are all implicated in constructing “the immigrant,” about what could come to light beyond the shadow of this construct which is at once ever-expanding and constricting.