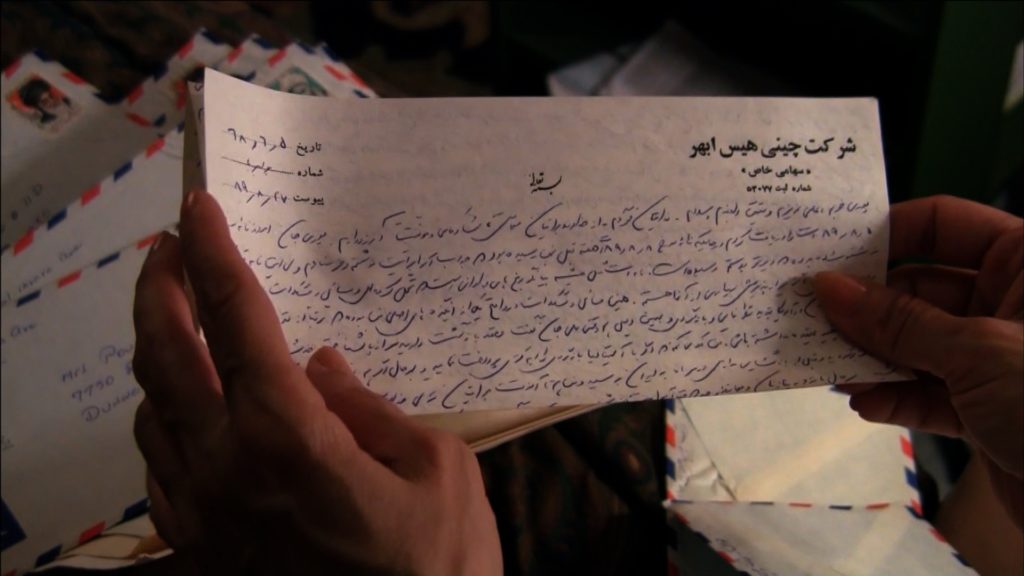 Purchase Inheritance for your library or institution here.

Inheritance (2012, 27min) is an autobiographical journey that began from the question: what personal or interpersonal wounds do we bear as political subjects? Through conversations and observations in my childhood home, I guide the viewer through an excavation of the detritus that settled around (or cushioned?) our splintering family as we navigated the uneven terrains of Revolution, divorce, and eventually, self-imposed exile.

The film’s inquiries unfold through a collage of images, forms, voices and eras. Archival images of the polls in which millions of Iranians voted for an Islamic Republic pipe in through a television set in the U.S., thirty years later. Images of an absent father swirl amidst fragments of historical memory. The quotidian clangings of the kitchen collide against the shrieks of a political system in turmoil.

Inheritance embraces the personal as political and attempts to unearth that path through which the dissolution of the nation-state imposed itself upon the devastation of the domestic state.

Inheritance could not be possible without a rich lineage of women’s autobiographical storytelling which actively creates space for new stories and new modes of expression to emerge, stories and modes that have otherwise been occluded in the historical records. While making Inheritance, I was influenced by the films of Rea Tajiri, Mona Hatoum, and Chantal Akerman, filmmakers who infused their works with self as a means of outlining the contours of political subjectivity.

Though Inheritance appears rather personal, it is actually a film concerned with structures of power and how these structures affect people’s lives. This is a concern that undergirds all my work.