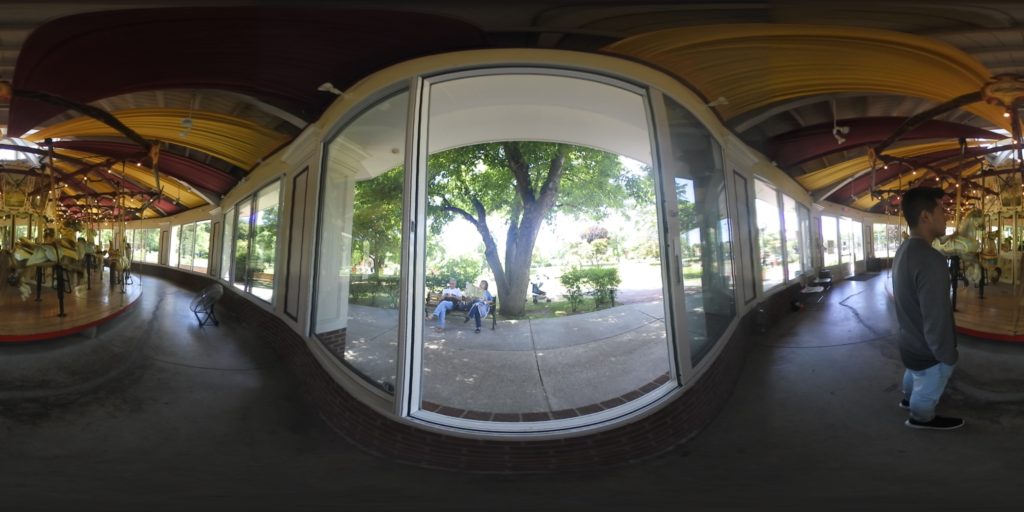 Ten years ago, Ele Martinez crossed the border from his hometown of La Sabana in Oaxaca, Mexico, into Texas and made his way up to upstate New York where his uncle lived among a small but thriving community of indigenous Triqui people. Since the 2016 elections, the Triqui community in Saratoga has declined significantly.

In this short film (07:00) produced and exhibited in 360º video, Ele reflects upon the disruptions of literal and figurative border-crossings and the ways in which his roots continue to inform the new life he is successfully building for himself in the U.S.

Reflecting Ele’s experiences of holding multiple histories, locations and communities across locations at once, the film includes “flat” HD video shot and shared by Jake DeNicola and Bernardo Rios while filming with Ele in Oaxaca.

This film is produced in collaboration with the Economic Opportunity Council of Saratoga County; The Public VR Lab of Brookline Interactive Group; and the MDOCS Community Partnerships Program at Skidmore College.